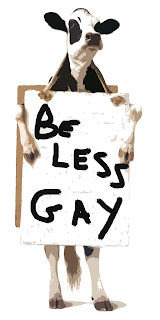 Dan Cathy, Chick-fil-A's president, has long supported groups that fight against LGBT rights, spending millions through their charitable arm WinShape. However, earlier this month in an interview with the Baptist Press, when asked about his rumored bias against same-sex marriage rights, Cathy responded "guilty as charged."

Then in another interview on "The Ken Coleman Show", Cathy said "I think we are inviting God's judgment on our nation when we shake our fist at Him and say, 'We know better than you as to what constitutes a marriage.' And I pray God's mercy on our generation that has such a prideful, arrogant attitude to think that we have the audacity to try to redefine what marriage is about."