Sunday Thirsty: How to handle a lost exam? 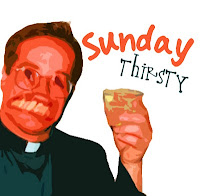 So my TA lost one student's exam--specifically the short answer section. It's worth about 1/3 of the total exam points. (The Scantron was not in her hands, so it wasn't lost. And yes, I happened to look through a few exams, including his, after I got to my office, so I know it was there.) I hand back the exams, so he'll know about it.

(As I wrote in the earlier comments, I always have a TA make copies of each exam to prevent an event like this. But she somehow forgot to copy 2 of them, and one of them is lost.)

Any suggestions on what I should do with this student, who is an above-average student whose got a few absences.


Remember, we have a forced curve, so if he brags about getting a generous settlement, I'm screwed. (And sadly, he's from the afternoon section.)

I remember reading something like this on the Chronicle Forums a few years back, so it's probably happened in the history of academia. Any suggestions on how to handle this with the student?

(I have yet to look in my office to see if it was somehow put in the wrong folder. But I remember putting his exam, along with the others I looked at, in the accordion folder with the rest, so it's likely gone.)