Rejecting Tenure and Paying for It? From InsideHigherEd. 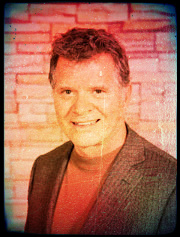 Tenure disputes are hardly rare. What makes James C. Wetherbe’s case unique is that he’s not fighting for tenure, but against it.

In a recently filed federal lawsuit, Wetherbe accuses Texas Tech University of violating his First Amendment rights by denying him two promotions on account of his anti-tenure stance.

“I never expected something like that to happen at the end of my career but, given that it has, I’ve decided to challenge the system and see what happens,” said Wetherbe, a Texas Tech alumnus who’s served as a business professor there since 2000. “The question I’m concerned with is if freedom of speech is sufficient protection for you to be able to teach and research as long as you’re not doing misconduct and writing the truth as you understand it to be.”

According to the suit, Wetherbe was up for two key jobs within the last year: a Paul Whitfield Horn Professorship, the highest honor bestowed upon a faculty member, and dean of the Rawls College of Business. But Provost Bob Smith, who has said under oath that Wetherbe’s tenure views made him unfit for either job, along with former university President Guy Bailey, ignored the recommendations of two search committees and blocked him from further consideration as dean and Horn Professor.