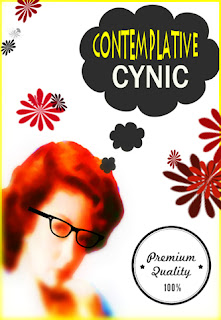 For a week and a half, a mother-daughter duo has been in my summer Duckling Behavior and Culture course. I've had mother-daughter duos in classes before. This is not new to me. Usually, they get along and seem to enjoy each other's company.

What is new, is that the mother keeps bossing her daughter around. On day one, she told her daughter where to sit. She reminded her not to sprawl in her seat and loudly instructed her to bring her some chips from the vending machine in the hallway during the break. "Don't get any sugary snacks," she remonstrated, "You know you still need to lose a few pounds." We all attempted to ignore the mother and her snide remarks.


Today during the quiz, the mother leaned over and, I kid you not, asked the daughter what the answer to one of the questions was. The daughter refused to respond by simply ignoring the mother, given that she noticed me staring straight at the pair sitting all of three feet away from me. The mother immediately responded with, "I am your mother! You do as I say."

I stepped in to intervene by reminding them that during the quiz, they should focus on their own quizzes. The mother stopped attempting to coerce her daughter into cheating, but for the rest of class, made snide passive-aggressive comments about how if she were getting the support she needed at home, she wouldn't still be in college. It was very awkward and unnecessary and I felt very bad for the daughter. After class, I talked with the mother briefly to remind her that quizzes were her chance to gauge how much information she was retaining, and were not punitive acts to catch her out. I use the quizzes solely to see what needs to be repeated from the day before, since we are moving very quickly in this 3-week session. Later, I heard the mother giving her daughter a royal chewing out for not being "loyal to the family."

Just when I think my day is shitty, I think about this daughter and what she must be enduring on her ride home with her mother...