Murky Mary from Middletown Sends In Some Misery. 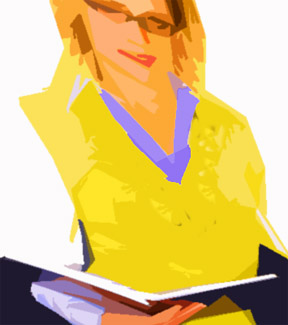 I am not a professor, I'm not even an adjunct or TA, so I hope my misery is still valid enough for you all. Anyhow, I've been a longtime lurker as an undergrad and now a graduate student. I've stalked you all from RYS to College Misery to Beaker Ben's thing back to College Misery. I'm not as creepy as I sound.

I am currently attending an Ivy-league school that isn't in the ivy league per se, but is consistently Top 10 ranked. If I sound braggy, I'm not. Because I hate my fucking school. Yes, I hate these smug, snowflakey fucktards I am stuck with for another year. Lemme 'splain:

I'm just another hard luck story. I made a shit storm of my early 20s, got sober (10 years thus far) and now I'm straddling my early 30s. After 5 years of rebuilding my life and working, I went to a state school as a returning adult student for undergrad with a middling rep; had an awesome time; did great; had some great profs; made great friends. All is well.

Well of course Illustrious Ivy U. has been on my radar since I was young. I never thought it would be possible to get in, I always thought I'd be too much of a fuck up, et al. et al. I applied with great recs, lots of pertinent work experience, good GPA. Lo and behold, I got in. It was an awesome and serendipitous and disgustingly maudlin moment, and I wish the movie ended there.

I started in October. I'm in a fairly liberal and outspoken school which centers on social work and policy. The school I am in at Illustrious U. is a great one; well organized, lots of awesome and brilliant profs. Really rigorous and I'm getting my ass handed to me, I work PT and have a practicum and also full-time classes. It's a different world from State U. That's okay though.

It's the goddamn students. I admit, they are super-hard working. They are really smart. They more than deserve to be here, and they would probably be your dream students. They are the complete opposite of the lazy jackasses you complain about. The other side of the coin is hellish too, however.

However, I feel like I'm in a movie parody. The overly-heady and theoretical thinking; the easily-offended personalities with skin as thin as plastic wrap; the "right-to-learn entitlement" (i.e. if a professor doesn't teach them exactly what they think they should be learning, they tear him/her apart outside of class - "ugh, the gall of him. It's obvious he didn't even prepare a new PowerPoint for our class! He probably used the same one last year!"); the never-ending discussion of white guilt and privilege from over-privileged Long Island transplanted kids. Everything is a personal affront, everything is sexist, everything is patriarchal, everything is marginalized, everybody needs to "have a voice," so much so, they they drown everybody else the fuck out. i am constantly having to catch myself from rolling my eyes, saying something inflammatory, or just raging out.

Do you all know what I'm talking about? Help me. I was really looking forward to grad school, and the student pop here just sucks.