An Open Letter to Dean Sprocket 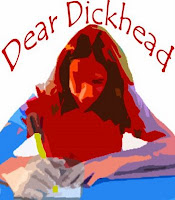 According to a certain theorem, as the numbers of monkeys, typewriters, and/or hours approach infinity, the probability approaches 1 that such a system will recreate the works of William Shakespeare. Given the available monkeys at the average zoo, some crayons, and a few hours, we'd have recorded for posterity the intellectual equivalent of your blog post of the other day.

Quite certain that you and my dean are one in the same, I detoured through your building to tell you off in person, only to find you already gone for the day. By your own "office occupancy analysis" we could therefore confirm that at any given time, you are at most 0% useful to our school. Now you see why we faculty are perfectly justified in thinking that you should pull in at least 100% of your salary from handouts dropped into a styrofoam cup next to your body splayed inertly in front of the methadone clinic, and that you should receive all other provisions from the dumpster behind the Popeyes at Pulaski and Highland.

Were you the least bit objective about yourself, your mad skillz in pop-psych would have long ago led you to conclude that you are the embodiment of both The Peter Principle and The Dunning-Kruger Effect, wrapped in one, innumerate, sociopathic package. With the confidence that only ignorance begets, you see issues as easy, until you're the one who has to solve them. Then, frustrated at how your simplistic decisions and unfunded mandates don't bear instant fruit, you retreat into your primate brain to fling feces. (I fear that I am now lowering myself by flinging the feces back, but I need some satisfaction in my life, and you've sucked almost all of that from my job and even my free time.)

You were surely a generic grade-school bully who held your prey's head in the toilet, but now you are more of a stereotypical "mean girl". Not content that evidence will persuade your opposition, you seek instead to undermine. You undermine our expertise, our authority, our sense of self-worth, and our belief in each other. You make us compete for inadequate resources and then smirk from the sidelines while we turn on each other. Is this something they teach in management school? I risk ascribing to malevolence what can be explained by incompetence: once, when I name-dropped W. Edwards Deming, you "corrected" me that he'd retired from the US Supreme Court years ago.

Given that you've never run a course nor even stood in front of a classroom for more than a few minutes per annum, I found your ideas on TED Talks, uh, "interesting". But this is a great opportunity for you to innovate by example. Next time you want to call a meeting, you should just go ahead and get a webcam and present your part of the meeting to your computer, and the committee will watch it just as soon as we have nothing better to do. Then, instead of being met with eyerolls and snores, your reports will be much more tolerable and informative: even if we mute the sound, we'll still know that you're spewing bullshit because we'll see your lips moving. There, see? I saved you all that time giving reports and made us a drinking game. But don't stop at just one of your miraculous, "time-saving" reports; make us a whole bunch! What's that? Recording takes just as much time as appearing in person? You don't say! Next time you're using that shiny box on your desk to check your stock performance, use the Google thingy to look up how many tens of hours go into preparing a few minutes of TED Talk. Look up "ultracrepidarianism" while you're at it. That's Google. G. O. O. Oh, fuck it.

My colleagues and I are quite adept at maths, thank you, thus your condescension about our understanding of averages was misplaced. Also misplaced was your thinking that we wouldn't hep to your jive that we are paid competitively. You see, when you compare us to a pool that includes several private colleges that have prep schools, and those schools and colleges compensate their faculty in part by providing on-campus housing, and you include only the take-home cash of said faculty in the overall salary averages, that shit has a way of coming out. And when it does, it looks and smells like you were hiding something, because, well, you were hiding something.

But what you're trying to hide most is how much you're fucking up. That stick lodged in your colon is a poor substitute for a spine when it comes time for you to pry funds from the board's talons, assuming you had any kind of vision for things that might require funding, which you don't. You can only pass along the numbers that your underlings provide, but to appear like you're actually doing something yourself, you "hold the line" when faculty bring you ideas that require investment. You are rewarded handsomely for "running a tight ship", but that will persist only as long as you keep the board oblivious to the conditions below deck.

You are squandering wonderful faculty who came from the best schools in the nation for the chance to work alongside each other. They have demonstrated astounding productivity with the meager resources they've been given; however, after a decade of colleagues being replaced at half the rate they are lost, we who remain have questioned whether we should remain loyal to an institution (or its "customers") when that loyalty is clearly not returned. Duty to each other is all that keeps some of us here, but we also concede that at some point, we all have to look out for number one. You could make such great strides if you regarded employees not as a necessary evil, but as a resource to respect and enjoy. But that would require that you regard this resource as human.

I once saw you as a human. It was a mild, spring day about a year ago, at a nearby country club for the afterparty of our president's inauguration. (I'm not sure why I was invited, and less sure why I attended; I always feel like an imposter at such things.) To pass the time, I decided to see if I could pry some dirt about one trustee from another. In need of more social lubricant, I sidled to the bar where your gin and tonic was being refilled. I offered you a "nice party, huh?" and you nodded assent, and as I discreetly emptied my drink in the awkward lull that followed, I almost launched into my usual joke about how I think presidential searches should be run. (They ask you one question: do you want this job? If you answer yes, you are declared incompetent; the first to say "fuck, no" is drafted.) But instead I blurted, "So, do you come here often?"

You said "Yeah, I'm a member… was..." and I suddenly saw it all. In the crow's feet of your bittersweet squint, in your hair just recently turned white---of course. You had to know the odds were against you, that presidents are always hired from outside the institution. Yet if you didn't toss your hat into the ring, the higher-ups would judge you harshly. So you'd nursed the illusion of possibility, until they finally passed you over and then served that shitty meal's custard, of all places, here. How could you come back after that?

I flashed on how I didn't make the cut for my high school's senior play, and then I was somehow talked into helping the pretty-boy lead work on his part. That was the fresh hell you were facing, and I wanted to spare you from dwelling on it, at least for the few minutes of the party. I mumbled something about how the new president, never a dean or instructor of record himself, was facing an uphill climb. You said if he did his job right, he'd always be pissing someone off. But I could tell you were talking about your own job.

Drink with me again. I know you like golf, and there's a course near me to which I have some guest passes. (I seldom play, so you'll have the pleasure of kicking my ass; in return, I get to drive the cart.) We'll have some drinks, hit a quick nine or so, then retire to a pub I know, where many good beers are on tap. We'll get so buzzed that we'll need an Uber to take us home.

At the pub, I'll tell you about the man who stuffed all his savings under his mattress while his house fell apart around him. He ended up losing it all. Then I'll tell you about the man who dipped into his savings to make repairs as needed, and who even invested in some upgrades, the results of which he enjoyed for a few years until he moved. His house appreciated more quickly than the others in his neighborhood, and he turned a handsome profit. Then I'll tell you how you could enjoy these next few years till you retire on a high note. I will divine your legacy.