Well, they've started to trickle in. The end-of-term mercy requests. 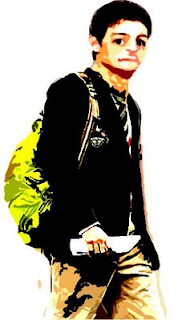 At 5:15 pm, he complained how his lateness ("why should my coming in a few minutes late here and there effect my grade?") was holding him back from a summer internship, which he did not want to "loose." (We covered frequently confused words several times.)

At 5:37 pm, he informed me that his younger brother had been sick all semester ("in an out of the hospital") and that yes, he should have told me earlier, but still, "(I)t is ruining my dreams for pharmacy school."

At 6:01, he asked, again, if there was any extra work he could possibly do to receive a B.

I received these at 9 pm; I am actually out of town, which I announced to the students weeks ago and reminded them last week and again this week. I'm not sure what to say to this young man except to quote my syllabus: "Lates count for half an absence" and "Students who miss more than four classes will have their final grade reduced by a full letter grade. Remember, lates count as a half of an absence."

I might also point out that I emailed him and messaged him in Canvas three times over the course of the semester reminding him of these policies and tabulating his absences and lates for him (2 absences, 9 lates).

I could also point out that he was more than "a few minutes" late on many occasions and that each time, it was disruptive.

I will definitely point out that his final paper (which he called "pretty good") was not enough to bring up his average (73%) to an 80%. Yet I think I do need to address his revisionist history.

I'm not sure what I'll do. I'll be diplomatic and to the point.

My real point is that it is disheartening--nay, depressing--to know that he thinks this will work on me. Or that he deserves it. Or . . .  something.