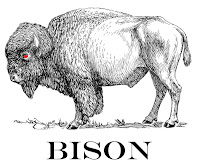 Lots of link posts lately, so I'm going to stir the pot a bit.


This past weekend, I caught a Star Trek: TNG episode titled 'Half a Life'.  Long story short, Counselor Troi's mother Lwaxana falls in love with Alien Scientist, Ph.D., who is conducting some research on the Enterprise that will hopefully save his planet's dying star.  Unfortunately, that scientist is only a few days from turning 60, upon which he must throw a big party and then take his own life so as not be a burden to his society.

The episode sparked two conflicting thoughts for me.  The first being that Lwaxana Troi was right, there is still a lot of life to be lived after 60.  Personally, I'd like about 30 more years past that.  Plus, the scientist was still conducting useful research on how to save his planet, so it really was a waste for him to off himself.  But my second thought was darker, more selfish.  My second thought was about how many open jobs there would be if our society had the same practice.  You turn 60, we throw a party,  you reflect on your successful career, have some drinks and some laughs.  Then you head home, do what you have to do, and never have to worry about inane colleagues,  faculty meeting fights,  pampered undergrads or ever teaching that intro class again.  A new faculty line opens and the cycle repeats.

Fortunately, our society has settled on something called "retirement" and not ritual suicide.  Yet for some (not all) faculty members, it may has well be the same thing.  There are several incredibly ancient faculty members that totter about at my doctoral R1. They last published decades ago, their salaries are six figures, and their teaching evals are absolute shit.  I know this because I was occasionally their TA.

Take Dr. Ancient Silverback.  Dr. Ancient had been in the department longer than anyone else.  He was a full professor before I was born.  Don't get me wrong, I liked Dr. Ancient, he had some great stories, and was a generally decent human being.  The problem was that Dr. Ancient liked to use the class lecture time to talk about whatever he thought was interesting, and usually this wasn't relevant to the course topic or the textbook. In fact, it was more like story hour for the undergrads who were forced to show up due to the mandatory attendance policy. So it was up to us lab TAs to actually cover the book content AND the hands-on activities, once a week, in the labs. Generally, students would spend more time on the lab evals complaining about Dr. Ancient's aimless lectures than commenting on the labs.  Still, it was a paycheck and decent teaching experience.  Yet some of the undergrads had the audacity to complain about the course to the chair.  The chair's response was predictable: "Oh, that's just  how Dr. Ancient does things.  We're just trying to run out the clock until he decides to retire." Last I checked, Dr. Ancient is still tottering onto campus, teaching that class.  Us TAs actually had a bet going as to who would knock on the office door and find Dr. Ancient dead.

Personally, I believed Dr. Ancient avoided retirement because the university was his only social outlet.  He taught that one class, was paid handsomely for it, and hardly had to do anything else. From his perspective, it is probably as close to an ideal 'retirement' as one can get, without actually doing so.

For everyone else in the department, it's a faculty line that could be productive again, if he'd just retire already.

*edited - I actually wrote this long before Calico's post on Ralph, but we posted them at almost the same time. I think they compliment each other nicely. I'm glad that Ralph got to spend some quality time enjoying retirement and reflecting on a successful career.